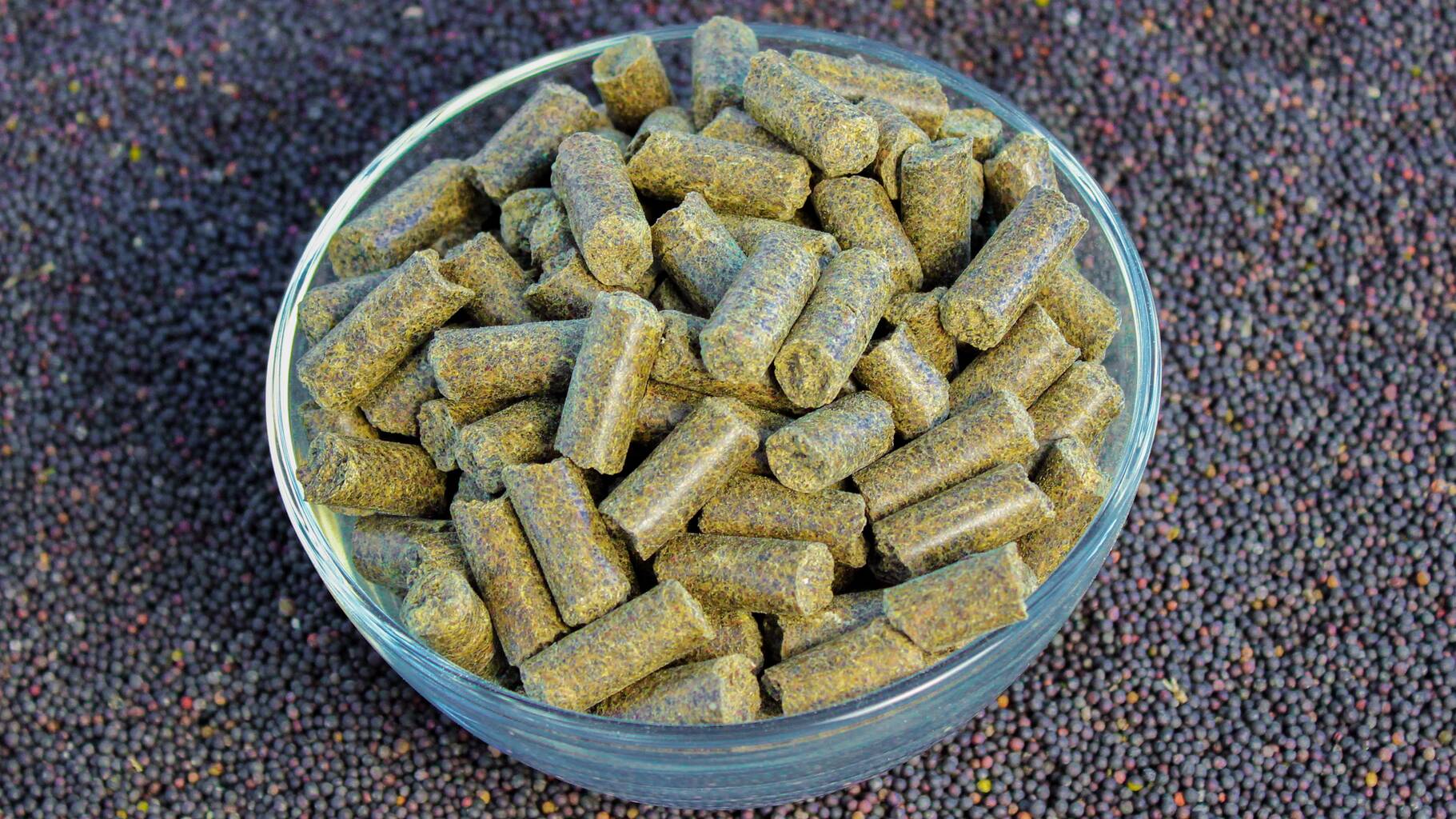 Rapeseed meal is a high protein-containing material that can be used as a feed for livestock and poultry. Typical meal contains a little less than 40% of protein.  It is mostly used in ruminant feeding.

The protein value of rapeseed meal is higher than that of the majority of other vegetable proteins containing both lysine and sulphur amino acids. The amino acids of isolated rapeseed protein have been shown to be similar in composition to those of soybean protein, and present in higher concentrations.

Also, the amounts of minerals Ca and P of the vitamin niacin and of choline are rather high, exceeding the amounts of these components in other valuable oil meals, i.e., soybean or sunflower.